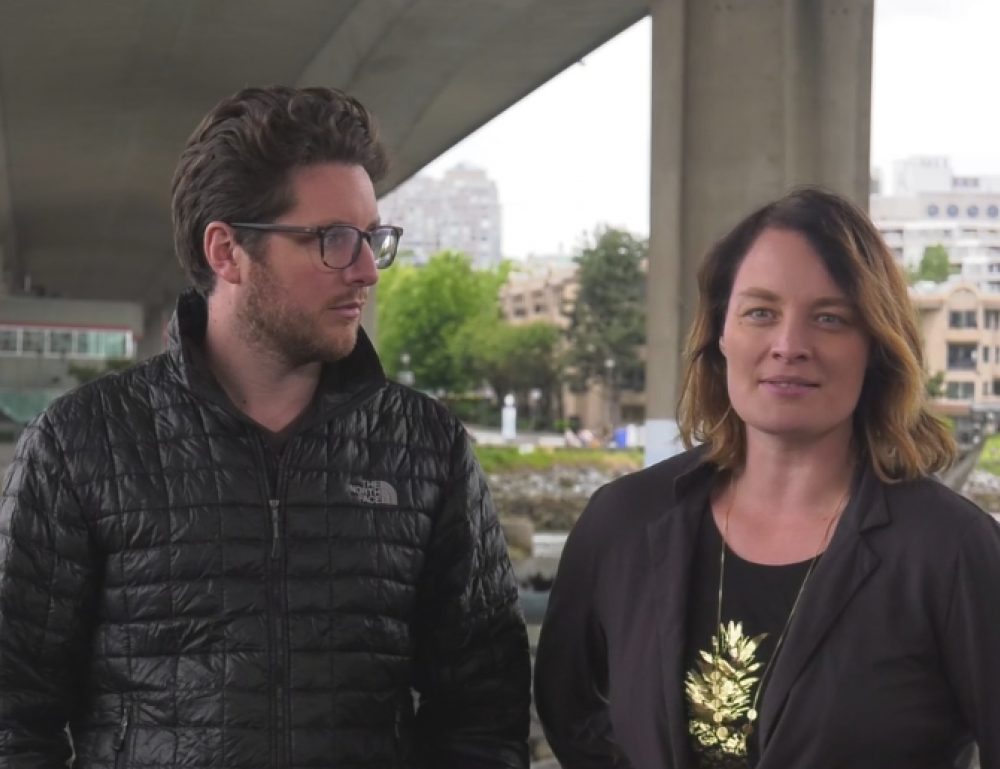 VANCOUVER, CANADA – AUGUST 30, 2017 – On August 30, members of Umedia’s Vancouver team will reveal the post-production secrets behind UNINTERRUPTED, an experimental short film by Nettie Wild, at an invitation-only workshop.

The brainchild of acclaimed director Nettie Wild, UNINTERRUPTED blends cinematic storytelling and high-tech art in a 25-minute film projected onto the underside of Vancouver’s Cambie Street Bridge. Audiences are taken on an immersive journey, following Sockeye salmon as they swim upstream to return to their freshwater birthplaces, spawn and eventually die.

Supervising colourist Andrea Chlebak rose to the occasion, using her skilled eye for detail and keen sense of colour to help bring the story to life.

“Seeing those first images under the bridge was breathtaking,” said Chlebak. “Working on a massive three-dimensional canvas, and watching how the images interacted with the space, was unlike anything I had ever done. It was exhilarating to see how subtle tweaks to the colour could draw the eye and enhance Nettie’s storytelling.”

Having worked with Wild on her 2016 film KONELINE: OUR LAND BEAUTIFUL, the Umedia team was familiar with her style, but the outdoor projection environment posed several technical challenges.

Finishing producer Sam Trounce led the development of a custom post-production process capable of addressing the complexities associated with projecting large-format, full-colour images on the underside of a bridge.

To ensure that colour grading decisions made in the controlled Umedia theatre would translate well to the outdoor viewing experience, Chlebak worked with colour science and media engineer Chris Davies to intuitively adjust the temperature of the projection and the brightness of the room to simulate the urban screening environment.

“In addition to the film’s immersive quality, we had to take into account factors like the bridge’s concrete surface, light pollution and the weather,” explained Davies.

Once the theatrical grading process was complete, Chlebak and finishing artist Scott McKenzie spent several evenings with the film’s director testing and refining the film in situ with an on-site colour grading system.

UNINTERRUPTED premiered on June 28 and will run until September 24 as part of Vancouver’s Canada 150+ celebrations. Members of the public are invited to attend free nightly screenings at dusk, Tuesday through Saturday, under the north side of the Cambie Street Bridge in Coopers’ Park. For additional information regarding film screenings and salmon conservation, visit uninterrupted.ca

About Umedia
Umedia is a vertically integrated, international film group with 160 staff based in London, Brussels, Paris, Vancouver and Los Angeles. The company is one of Europe’s leading production groups, combining the activities of development, production, financing, visual effects and finishing. Since its inception in 2004, Umedia has invested more than $500 million via its tax shelter, equity and development funds, and has been involved in 350 films including JOHN WICK, YVES SAINT LAURENT and multi-Academy Award-winning THE ARTIST. Umedia is currently in production on many features including: I KILL GIANTS with Zoe Saldana, produced with Chris Columbus, and directed by Academy Award Winner Anders Walter; MANDY starring Nicolas Cage; SUBMERGENCE by Wim Wenders with Alicia Vikander and James McAvoy; and Tom Wirkola’s WHAT HAPPENED TO MONDAY with Glenn Close, Noomi Rapace and Williem Dafoe. Umedia’s recent growth strategy has included the acquisition of TV production company Be-FILMS and independent production company Nexus Factory, and a first-look development deal with the award winning prolific producers Egoli Tossell.