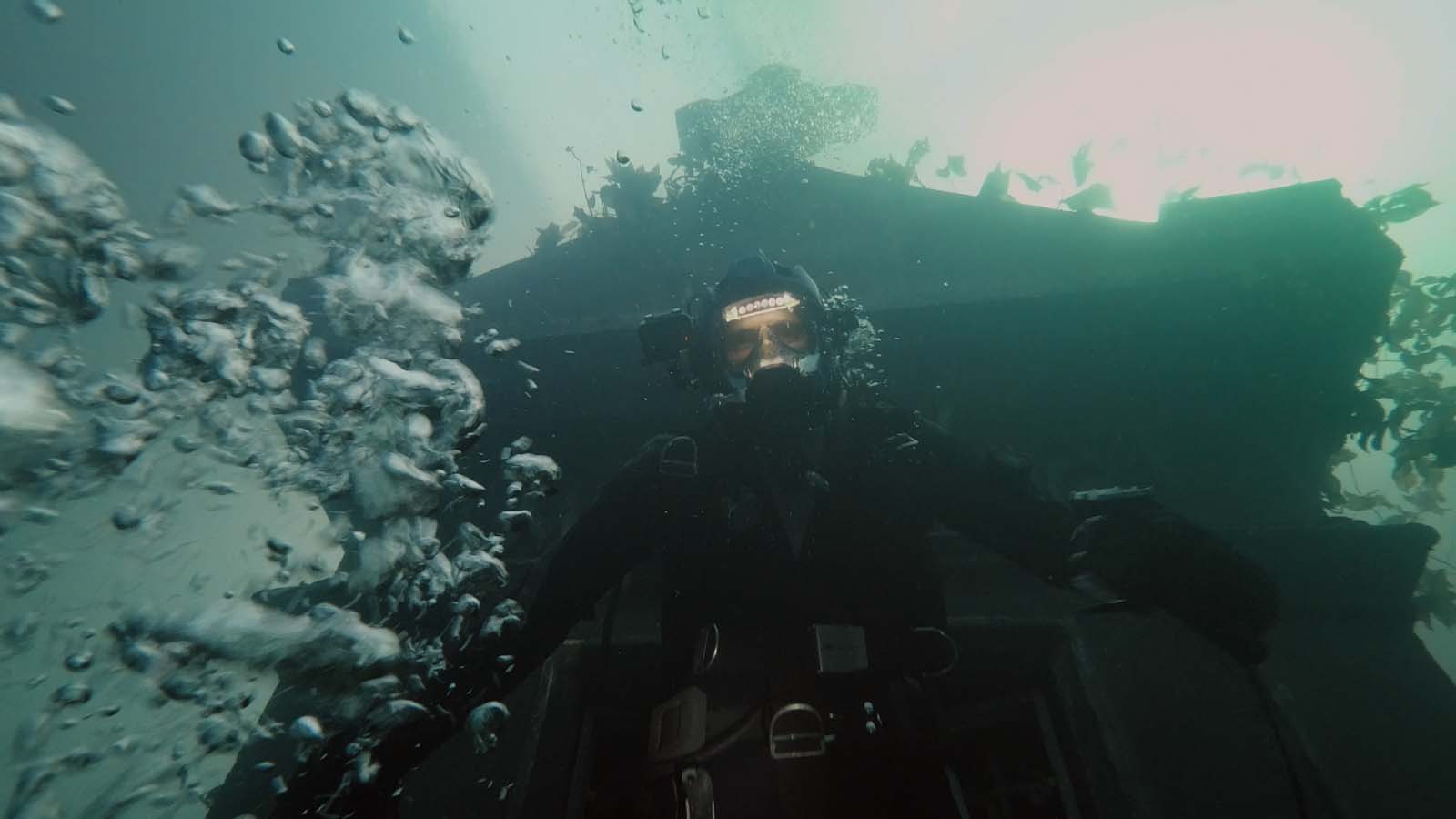 The Deep House will be released on June 30th in French cinemas, an opportunity for us to come back to two underwater co-productions shot in Belgium!

With a depth of up to 10 meters and an area of ​​up to 1250 square meters (for a capacity of over 18 tonnes of water), the Lites Studio located in Vilvorde offers the possibility of shooting aquatic scenes (both under the water and on surface) in incredible conditions. In addition to having the watertank, the studio offers many climatic effects: waves, rain, wind, fog, thus making it possible to maximize the special effects on site.

This is what appealed to Way Creative, the Swedish producer of Breaking Surface, a thriller directed by Joachim Hedén and co-produced by Umedia. In January 2019, the teams inaugurate the studio and take the first underwater shots accompanied by a Belgian technical team and our executive production teams!

Early 2020, it is for the horrific thriller The Deep House (directed by the French duo Alexandre Bustillo and Julien Maury, produced by Radar Films) that we dive back into the watertank. With more than 30 days of filming in Belgium and nearly 80 Belgian technicians, including 2 freediving liners, the film achieved more than 2.7 million Belgian expenses. The film received the support of two regional funds: Wallimage and Screen Flanders!

The underwater house was imagined by Hubert Pouille, key designer in the Belgian movie industry. Surrounded by a large team, Hubert was able to take up the challenge of building a complex, dense decor capable of withstanding immersion in water for several days in a row, without deteriorating or endangering the quality of the water. .

In an interview for Variety, the directors review their experience:

“Shooting a film underwater is like making a movie for the first time. All the technical aspects had to be done differently there, and it forced us to reinvent the mise en scene process and the way shots are organized. […] Every sequence under water takes three times longer to shoot than a sequence above it — even a shot reverse shot takes a long time to set up. […]“We had an engineer who took months to create a system where we had antennas placed in the water which were connected to one another. This unique system required us to work with unusual crew members and allowed us to see the dailies  on the monitors above water.”